On 19, July 2019 the final officially draft ceremony was held at London where all squads of team players are confirmed. Detail of Glasgow Giants Team is under below. 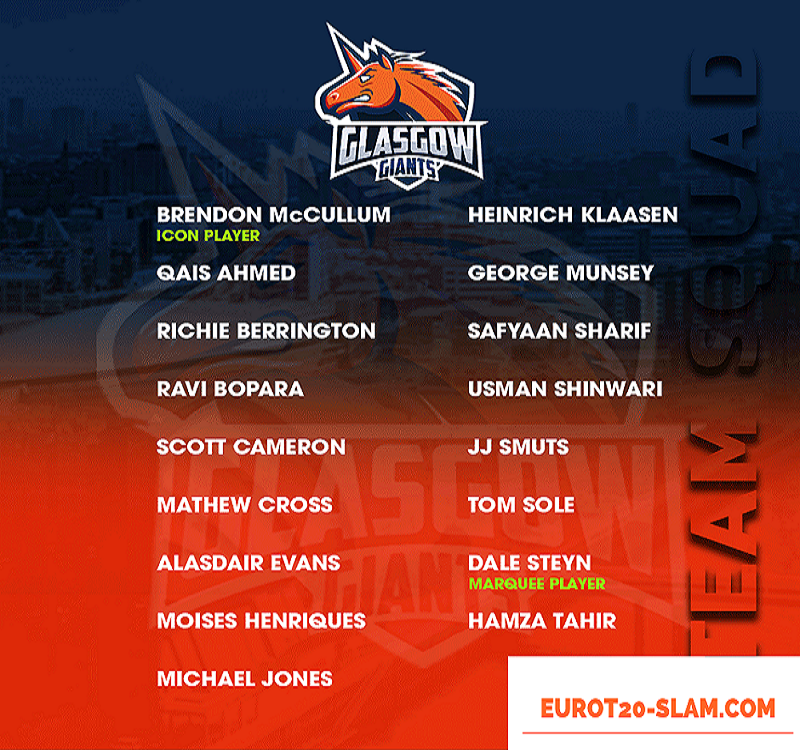