This is the draft of Euro T20 Slam cricket league 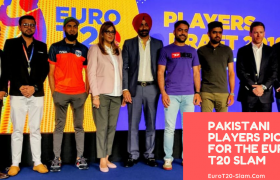 24 days new European league another addition to the ever-increasing list of global franchise-based T20 leagues and this time around, Europe is getting a league of its own. European feel proud now they have there as Europe’s own league, the Euro T20 Slam will feature two teams each from the Netherlands Ireland and Scotland. The […] 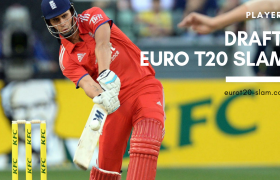 Draft Picks For Foreign and Local Players: We have announced already Euro T20 Slam Draft will be held in two parts. It was decided after the Media Launch of Official Euro T20 League. The media launch was held in Dublin, Ireland on 30 April 2019. It was disclosed a few Icon Player and Marquee player. Latest […]